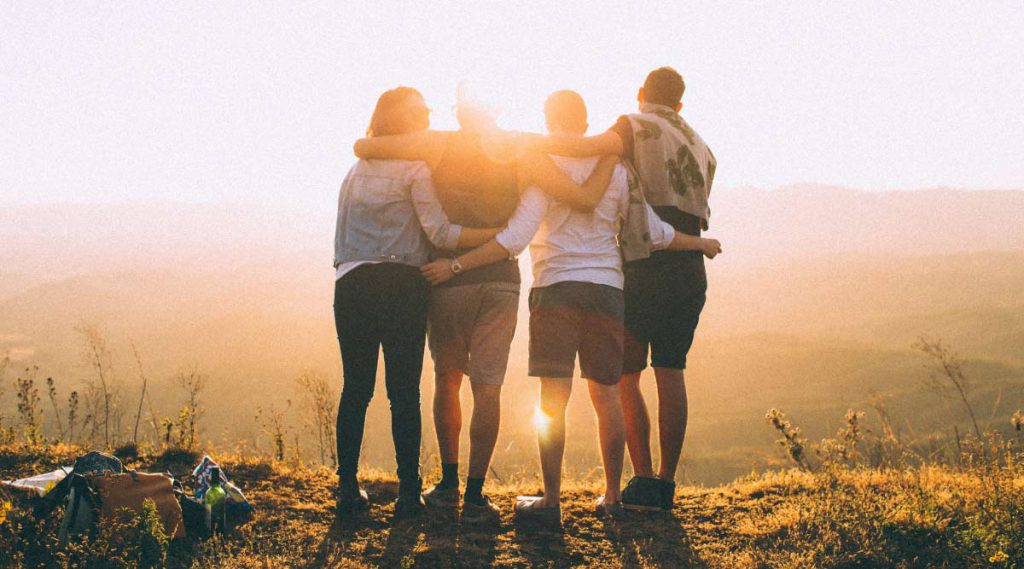 6 reasons to learn Spanish before...

1. Spanish is your entrance door to learning about Latin American culture

Yes, you can learn a lot about Latin America by reading about it (in the language you choose). But culture is not just a compendium of artists and a compilation of folk music. Not even gastronomy nor the most peculiar habits are the most interesting part of the culture of a place. Approaching another culture becomes more interesting when you actually experience the differences with your own culture. Only then, we believe, the heart of another culture opens up.

2. You’ll make new friends. For sure.

If there’s something we can identify as “Latino”, that something is cheerful, sociable, curious and friendly. Inhabitants of this beautiful region will appreciate your interest in their language and culture, and your efforts to get to know them. And you’ll be definitely rewarded. Learning Spanish before traveling to Latin America will definitely result in real friendships that wouldn’t be possible without some Spanish language skills.

3. Spanish is the official language of 20 countries

Learning Spanish then means the chance of getting closer to the culture of many countries, and to the friendship of countless people. Therefore, learning Spanish before traveling to Latin America is not only an investment for your next trip, but a useful tool for many other travels and experiences overseas. And this also brings us to the next point:

4. It’ll look awesome in your résumé

Being spoken by so many people, and considered the third language for international communications (after English and French), an intermediate or advanced level of Spanish will shine on your résumé.

What is more, it can open the doors to more interesting, better paid jobs, and it can even be your key to academic experiences you would not have access to without it. Countries such as Spain, Argentina or Mexico, to mention a few, have a great academic offer and appealing job offers. Therefore, number 4 of our 6 reasons to learn Spanish before traveling to Latin America is, if you want, pragmatic: doing it can imply an investment for your future.

5. Spanish is relatively easy if you speak a Western language, such as English

No, we’re not saying Spanish is a piece of cake, nor that you’ll learn it by just listening to salsa. Just like any other language, Spanish is a complex system. It’s full of rules and exceptions to those rules, as well as a whole new world of words for every single thing in life. Sounds like a big deal, right?

But it’s also truth that if you’re reading this article, you speak English. What is more, English might not be your native language, and you probably speak at least one more Indo-European language. That means that Spanish grammar and its conceptualization of the world, as well as the specific words you use, might be different to everything you know. But not that different. Not only the way Spanish speakers structure their speech and conceptualize their world is relatively similar to the way English, German, French, Italian, Norwegian or Portuguese speakers do. Their social skills, the way they address to different types of people, what they consider polite or rude, is not that different if you compare it to other Western cultures. And trust us, this kind of issues is not as irrelevant as you might think when learning a new language.

On the other hand, living in the Western world, you’ve surely been in touch with the Spanish language. “Hola”, “fiesta”, “siesta”, “tortilla”, “amigo”… we’re sure you know tons of Spanish words, before your very first class.  And that’s a great start!

6. Spanish is specially easy phonology-wise: being in Latin America, you can definitely skyrocket your language skills

The importance of phonology doesn’t lie in the possibility of pronouncing a foreign language well. Most of our daily communications are spoken, and phonology defines, to a large extent, our ability to communicate orally. Not only is it important to pronounce correctly so that others understands us. The phonological difficulty of a language is also determinant in relation to our ability to decipher all that we hear.

And what do we mean when we say Spanish is easy, phonology-wise? To illustrate this statement, we’ll give you a few examples. Thai language recognizes 9 basic vowels. And wait, because each of these can be either short and open, short and closed, long and open, or long and closed. We’re therefore talking about 36 combinations (!) that are decisive to differentiate meanings. And we are not even mentioning tones, so crucial to this language! If we go to a closer example, Portuguese language recognizes 10 vowels.

Spanish, on the other hand, features only 5 vowels that distinguish meaning. This means that it’ll be relatively easy for people to understand you, even if your accent is not very good. And the same will happen to you in terms of spoken speech. Consequently, you don’t have to be an advanced student of Spanish to take advantage of the Spanish-speaking context in order to learn the language faster. Even as a basic student of the language, you’ll be able to understand words and even full sentences in real communications. And guess what? That’ll skyrocket your Spanish language skills!

If you want to learn Spanish in Buenos Aires, visit our website or get in touch!