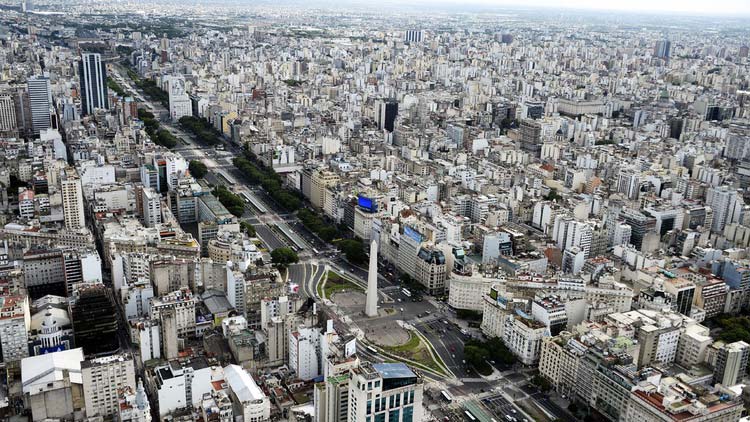 5 reasons NOT to study Spanish in Buenos...

You might have a friend who gave you one or two reasons not to study Spanish in Buenos Aires. The most common argument is that Argentine Spanish is very different. But different to what? Argentine...

You might have a friend who gave you one or two reasons not to study Spanish in Buenos Aires. The most common argument is that Argentine Spanish is very different. But different to what? Argentine Spanish has, as any other Spanish dialect, its own special features. But trust us on this: if you learn Spanish, you learn Spanish. And the Spanish you learn will be more than useful anywhere you use it. Getting used to different accents and dialects is much easier than you think. And in any case, you will always learn in the context of a specific dialect, as there is not such a thing as neutral Spanish.

That being said, there are way more valid reasons not to study Spanish in Buenos Aires. Here it is the list of our favorite 5:

If you’re thinking about staying only 5-10 days in one place to study Spanish, then Buenos Aires might not be your best shot. There’s no way you can have enough time to study Spanish intensively and also get to know this huge, interesting, vibrant city in only one week.

There’s nothing small nor quiet in Buenos Aires. If you’d like to stay in a small town where you can stay next to a lake and walk everywhere, this is not for you. What is more, there’s nothing like a spectacular view of a green area in the whole city. This is because Buenos Aires is absolutely flat. And that makes it a great city to bike… if you’re a good biker. Because, as we said before, the city is hardly quiet, and the streets can be a bit more chaotic than what you’re used to.

The possibility of practicing your Spanish outside the classroom might be one of the main reasons to study the language abroad. If that’s the case, Buenos Aires is, of course, no exception.

However, if you’re too shy to start or to keep conversations with strangers, then this city might be a bit overwhelming. Porteños (people who live in Buenos Aires, Argentina’s most important port) are just too sociable. And laid-back. And curious about foreigners. So even if you don’t ever try to start a conversation, you’ll highly likely end up talking to strangers all the time. You want to pay your bill at the restaurant, you end up telling the waiter where you’re from. You ask for directions in the street, a stranger walks you a couple of blocks while telling you everything they know about that building you’re passing by. You’re trying to explain what you need to the pharmaceutic, you’re suddenly surrounded by the other five customers at the store, all improvised translators.

To sum up, be careful. It’s very easy to make porteño friends!

4- You’re not interested in history, politics, music nor art

If you’re not into any of these things, Buenos Aires might not be specially interesting. But if you are, then you might end up falling in love with it. Argentina’s complex, interesting, violent history is hidden in every corner of the city. And most of these corners (buildings, streets, statues, cemeteries, etc.) still have a strong connection with politics today. Because there’s hardly anything apolitical in Buenos Aires. All types of protests and demonstrations take place in the city on a daily basis! And pretty much everybody is debating politics all the time…

And there’s also the bohemian Buenos Aires. There are tons of cinemas, theaters, museums, art galleries, book shops, music venues, clubs… And they’re spread all over the city. So if you’re into culture and arts, no matter your specific taste, Buenos Aires will have something to offer. There’s no chance to get bored!

If you need to wake up before the sun rises and have dinner at 6pm, let us save you some time. Just avoid Buenos Aires. In this city, shops hardly open before 9am. And it’s hard to find a an open restaurant to have dinner before 8pm! What is more, if you make local friends and they invite you for dinner, the event won’t take place before 9pm. In theory. Because if they say 9, you’re expected to arrive about half an hour late. And dinner won’t start until 10pm, or later!

Study Spanish in Buenos Aires at CUI, the biggest and most prestigious language institute!