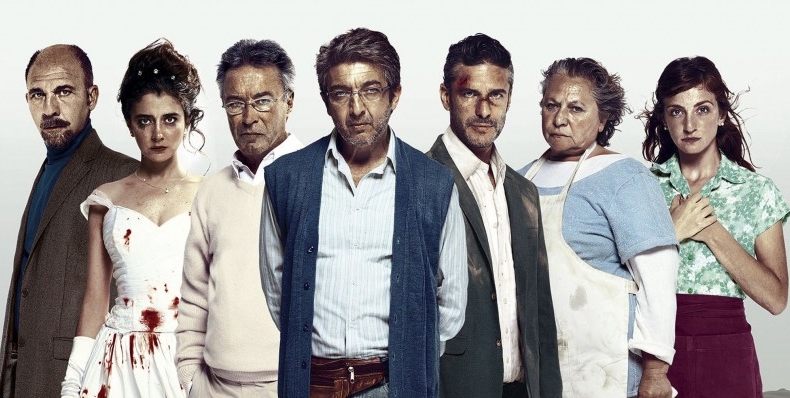 10 Argentinian movies you have to watch

Argentinian cinema has several jewels you can’t miss. We’ve developed a list of 10 Argentinian movies you have to watch that covers films of all genres. You’ll find drama, comedy, history and...

Argentinian cinema has several jewels you can’t miss. We’ve developed a list of 10 Argentinian movies you have to watch that covers films of all genres. You’ll find drama, comedy, history and thriller.
Whether you’re interested in cinema, want to learn about Argentinian culture, or need to practice your Spanish, you’ll surely enjoy these films. Besides, you’ll also have the opportunity to see some of our natural landscapes and beautiful cities in the screen. Take a look at these 10 Argentinian movies you have to watch!

Buenos Aires. Juan and Marcos are two small-time swindlers who casually get involved in a matter that can make them millionaires. They have less than a day to carry out a scam that can’t fail.

This is probably the most famous Argentinian movie. Or it was, until number 9 in our list of 10 Argentinian movies you have to watch took it off the podium. In any case, definitely a classic!

Rafael spends 24 hours a day at his restaurant. He’s divorced, he doesn’t see his daughter much, he has no friends and avoids committing to his girlfriend. In addition, he hasn’t visited his mother for a long time. She lives in a nursing home because he suffers from Alzheimer’s disease. A series of unexpected events force him to rethink his life. Among them, the intention of his father to fulfill his mother’s old dream: to get married in the Church.

In the south of Argentina, three guys travel along the lonely routes of Patagonia.

Don Justo, an eighty-year-old man who owns a roadside bar ran by his son, left home to look for his long-lost dog, because someone told him he had seen it in San Julián. But as the story develops, we understand Don Justo’s intentions go beyond finding his old pet. He must solve certain issues to face death at peace with itself.

Roberto, a forty-year-old salesman, has a cream pie in his old car for the birthday of the son of the young widow of one of his clients. He intends is to impress the woman,as he intends to ask her to marry him.

That same day, María Flores, a 25-year-old girl, travels with her daughter on a bus following the same route. She’s a poor woman traveling to pick a the prize she won at a TV show.

Each one travels on their own, but their lives and illusions intersect along the lonely routes of Patagonia.

Harry witnesses the difficult years of Argentine military dictatorship. He’s a ten-year-old boy who only wants to play with his little brother. However, in 1976 his family, persecuted by the dictatorship, is forced to hide in the countryside. A new life begins, implying the end of his childhood.

In 1952, Ernesto Guevara starts a bike tour throughout South America with his friend Alberto Granado. Ernesto is a 23-year-old Medicine student who specialize in leprosy. Alberto is a 29 years old biochemist. This voyage that will be the seed that ends up involving “Che” Guevara  in the fight for revolution in South America and Africa.

Mariano is a psychoanalyst. After a car accident, he’s condemned to carry out community work related to his profession. The task assigned to him is to work with Alfredo, an inspector of the Federal Police mentally devastated by his wife’s infidelity. Mariano will have to improvise his psychoanalysis sessions while accompanying Alfredo in his investigations. Little by little, he will see himself immersed in the police universe, and end up becoming Alfredo’s assistant. Together they’ll face unexpected dangers they don’t seem to be prepared for.

Benjamin Espósito is an officer at the Court. He’s obsessed with a brutal murder he’s witnessed twenty-five years earlier, in 1974, and decides to write a novel about the case. Reliving the past, a woman he’s loved in silence throughout all those years also comes to his memory.

This film revives the myth of the Nazis who escaped to Argentina after WW2. It follow the arrival of a mysterious German man (Josef Mengele) who starts practicing strange experiments on the daughter of a family in Bariloche.

This film consists of six episodes that alternate drama, intrigue, comedy and a lot of violence. The different characters will be pushed into the undeniable pleasure of losing control, and will cross the thin line that separates civilization from barbarism.

The film tells the real story of the Puccio family. In the early 80s, father and sons kidnapped wealthy people while keeping a social life as a normal family.
Beautifully shot, the last film of our list was a great success at the box office, and also earned international awards.

Maybe you’d like to learn Spanish in Buenos Aires at CUI. High academic standards, a communicative approach, and a deep focus on culture.